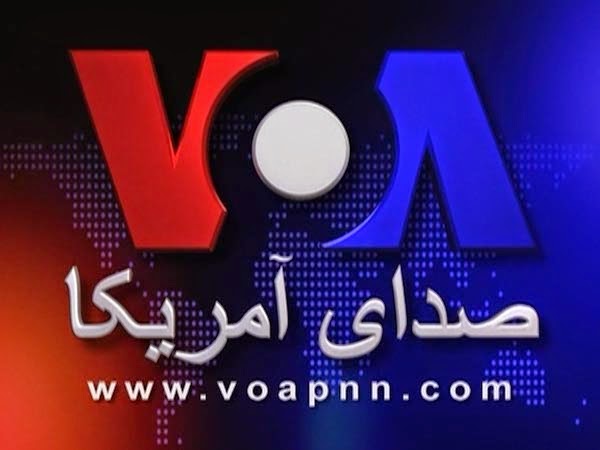 During the last few years VOA and more BBC on and off,  broadcast programs which directly or indirectly promote anti-Semitism.

On November 25th, a program was broadcasted by the voice of America blaming the hidden Jews for the corruption in Iran. VOA is the United States government-funded multimedia news source and the official external broadcasting institution of the United States and it’s not clear why they let such propaganda against Jews.

The Guest of the program, Mahdi Khazali is a physician and blogger. .He is the son of Ayatollah Khazali, the former counsel of Guardians member and known as one of the critics of the IRI government BUT he defends and purifies Khomeini’s name as a true leader. Khazali who today has many followers as an opposition is the director of Hayyan cultural institute who published a book on a notorious IRI TV series produced by IRI ministry of intelligence, targeting a broad range of Iranian Intellectuals, artists, and national leaders. He is the one who years ago claimed in one of his blogs that Ahmadinejad has a Jewish root.
In his talk with VOA on November 25th, Once again he showed his anti-semitic views. He starts blaming Jews for corruption in Iran. He claims that Larijani brothers (all in Iranian politics in high positions) are from a village that all residents have the Jewish roots. He said “I don’t want to disrespect Jews or say they are bad but we have to take the characteristics of this tribe into consideration to analyze the situation. One of their main goal (Jews) is to connect with influentials or marry them.”Then he uses the conspiracy theory and claims that the father of Larijanis and all the kids got married to clergy families in order to get power. He continues that they are powerful because they all got married with the plan and connected to clerics in different angels of the regime. “This tribe has few goals, one is the leadership of clerics, this is why we see members of the clerics who have the Jewish root. The other is the economy. this is why we see the most powerful individual in the country, was Askaroladi (the IRI’s minister of commerce)  who also has Jewish root. During Ahmadinejad, I talked about his Jewish root and also I wrote in a book that If Mossad wanted to hire someone to make people against Shia, Clerics, religion, 12th imam, and to challenge the regime to the point that it caused the UN Security Council to condemns Iran for 6 times, especially to the benefit of Israel regarding the Holocaust comment, that person would do what the Larijanis had done in the Judiciary and in the Parliment”

This program was pre-recorded for the VOA but despite the anti-semitic content, they chose to broadcast this program.  Mehdi Falahati, the VOA host, who usually interrupt his guests during the program, chose to be silent while his guest was attacking Jews and he didn’t comments or brought up any questions regarding the references of  his claims. Falahati obviously knew that this program is promoting anti-Semitism (that shows in the comments bellow the link) but publicized it anyway.